As the state legislative session nears a close, housing advocates are on the cusp of some major victories. Celebrations, however, will need to wait until bills are signed and the budget is finalized. The most recent state-of-play on state affordable housing priorities are below.

There is also promising momentum at the federal level with the reintroduction of the Affordable Housing Credit Improvement Act in Congress as well as attention to the affordable housing crisis from several presidential primary candidates.

Jump To:
State
Federal
Other

Affordable Housing Fund. Senator Bradley’s proposal to increase state investment in the affordable housing fund (AHF) was incorporated into the budget agreed upon by House and Senate conferees. The legislature’s budget, that will be voted on by the full House and Senate and presented to the Governor next week, includes a $5 million AHF appropriation. The budget also initiates an annual deposit of $5 million from the real estate transfer tax into the Affordable Housing Fund.

Homeless Services Expansion. Senator Rosenwald’s proposal to expand homeless services was also included in budget coming out of the Committee of Conference, including $2 million for an eviction prevention fund, $1 million to expand case management, $1 million for rapid-rehousing and $400,000 for homeless youth outreach.

Supportive Housing Medicaid Benefit. Senate Majority Dan Feltes sponsored an amendment to House Bill 2, the budget’s trailer bill, accepted by budget conferees, that directs the Commissioner of Health and Human Services to amend the state Medicaid plan to create a Medicaid benefit for supportive housing services. This milestone is the result of Housing Action NH’s Integrating Supportive Housing into Medicaid project with support from Families in Transition, the Interagency Council on Homelessness and CSH’s Medicaid Institute.

Housing Appeals Board. Senator Giuda’s bill to create a statewide housing appeals board to provide an expedited review process for housing related appeals was also accepted by the budget conferees, with a start date of July 1, 2020. The Housing Appeals Board will help alleviate costly delays associated with affordable housing development, while preserving local control over the development process.

Development Study Commission. The Legislature has also passed legislation to create a study commission to study barriers to increased land development. SB 43, sponsored by Senator Martha Fuller Clark, will bring together stakeholders to study issues related to the density of land development in New Hampshire. Study Commission members include representatives from the NH Association of Realtors, the NH Business and Industry Association, Housing Action NH, the Governor’s Millennial Council, a conservation organization and others.

Federal Housing Tax Credit. The Affordable Housing Credit Improvement Act has been introduced in both the House and the Senate. Both bills include a 50% increase in Housing Credit authority and establishes a minimum 4% Housing Credit rate. The proposal also includes more than two dozen modifications to the program focused on flexibility, deeper targeting, maximizing bond authority, increased oversight, and streamlining. The ACTION campaign provides this one page summary and this detailed summary.

Mixed-Status Family Rule. HUD has recently proposed a rule that would prohibit “mixed-status” immigrant families from living in public and other subsidized housing. Mixed-status families contain both members who are eligible and ineligible for housing assistance based on their immigration status. It is estimated that 25,000 families nationwide, including 55,000 children, will be forced to either separate or face eviction. The proposal has been met with vehement opposition from affordable housing advocates and practitioners. In response, the House Financial Services Committee has passed the Keep Families Together Act, and several Democratic Senators have sent a letter to the White House in opposition.

Housing Action NH opposes the proposed rule. According to the Center for Budget and Policy Priorities, the new rule threatens 800 New Hampshire households and we urge our members to submit comments opposing the rule to HUD by July 9. 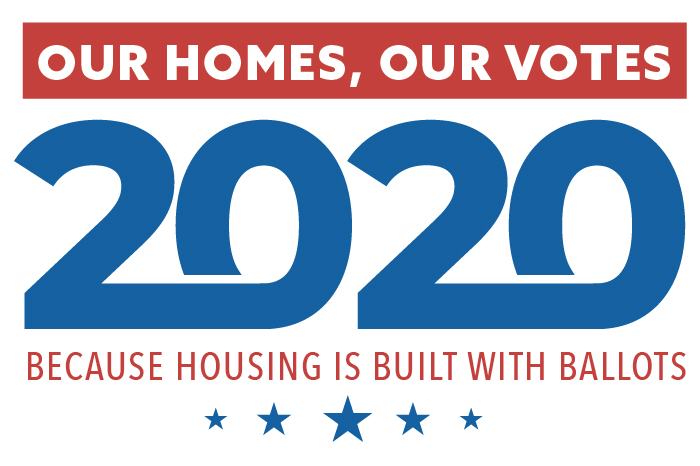